This makes an enticing starter to a dinner-party. Chicory has a distinctive taste and soaked mushroom really set this dish off. 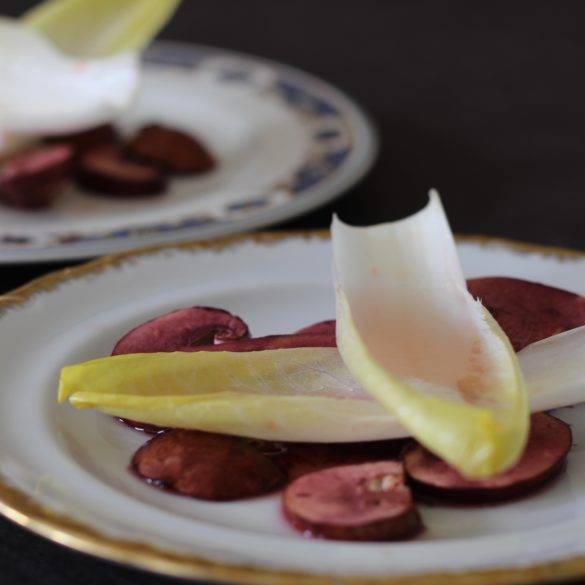