Grilled Marinaded Corn on the Cob

Get your pecker around something long and cone shaped. And, bite.

This dish will burst your beliefs that vegan food can’t be super tasty.

Grilled Marinaded Corn was inspired when holding a barbeque for friends on a hot sunny day with boisterous kids running around.

Although, sweetcorn is a sub-tropical plant it grows in Britain and is harvested towards end of September to October. Sweetcorn is a variety of maize but grown for human consumption. It has its origins in Ancient Mexico when farmer cultivated the kernels (seeds) evolving them to how they are now; long coned-shaped cobs with sweet tasting kernels. Such sweetcorn can be eaten directly from the cob. 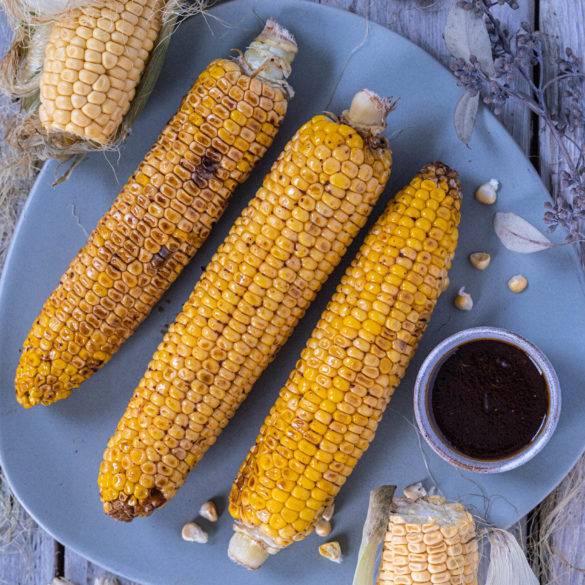