Satiate your hunger with tangy fruit and gooey melt in the mouth pastry. And, pamper.

This dish will burst your belief that vegan food can’t be nourishing and fulfilling.

Greengage Cobbler was inspired by a climb to the Tor in Glastonbury and staying at a guest house overlooking the valley below and sunset yonder, with greengage growing in the garden.

So, what are Greengages? Greengages are a firm British favourite. plum, originally imported from Iran.  Greengages have a lustrously green skin and though a bit tart make the perfect accompaniment to pastry.

Scones are a cross between a cake and a muffin – they’re like a thick oven-leavened pastry with baking powder as the leavening agent. A cobbler is typically a fruit filling overlayed with batter – over here in the U.K., it tends to be scones – but it could be biscuit.

Greengage Cobbler is vegan and gluten-free. 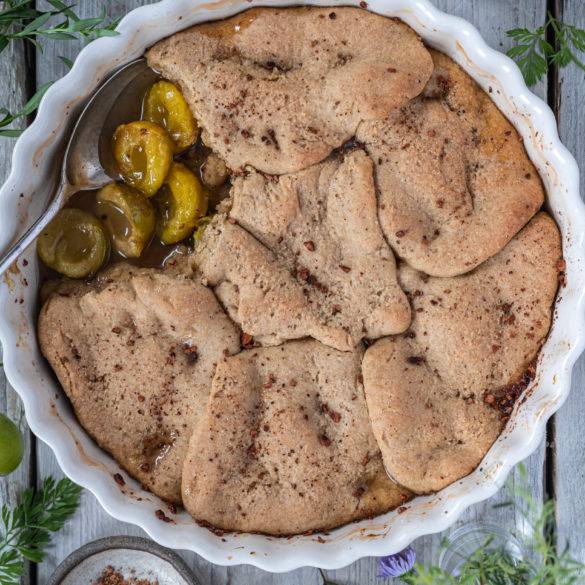