Imagine something soft and lush slide down your throat. And, swallow.

This dish will topple any belief that vegan food can’t be made with simple household ingredients.

Roasted Pepper and Tomato Soup was inspired when visiting friends in Cornwall, and rummaging round the local market and rustling up a nourishing soup.

Peppers otherwise known as capsicums were cultivated around 5,000BC, originating from Mexico, Central and South America. Since then they have spread and now grown in Africa and Asia.

Roasted Pepper and Tomato Soup is vegan and paleo. 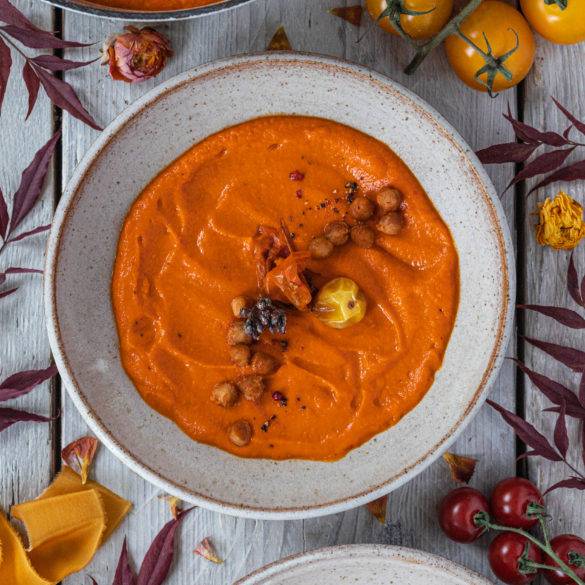