This dish will topple your belief that vegan food could be incredibly easy to put together.

Melt into a little Summer Pudding? Summer Pudding is another one of those traditional British dishes. I love this dish because of its simplicity and elegance. I love too how the fruit with the wine has a sweet and yet tart flavour. The wine, maple and cinnamon really bring out the fruit. 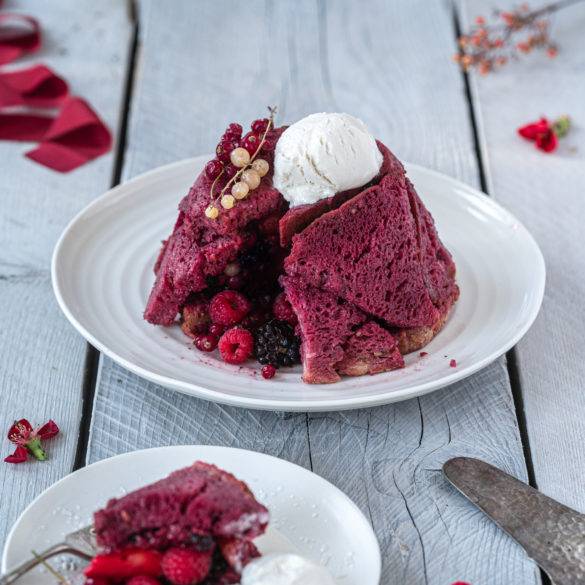