What future would you like to paint? What I say is that it is possible to lead a fulfilling life by going within, living in alignment, letting go of the past and thriving on a vegan diet.

To find out more of what is happening in my life, journey, and travels – as I balance work as a full-time solicitor, being a vegan chef and creating new recipes, speaking at vegan events on animal rights, the environment, spirituality and activism in the United Kingdom and abroad, and write my next book then follow me:

Or, self-published, order your copy of my first book “Essence: The Beginner’s Guide to Veganism” in the three part “Circle of Food” series which is currently out here.  Reviews of this book can be found on Amazon here.

My second book in the “Cirlce of Food” series is entitled “Presence: The Ascending Vegan” covers animal rights/welfare and liberation (using my skills as a lawyer), spiritual chapters on living in the present, balancing the masculine and feminine, the Mandela effect, the Universal laws, and has even more recipes and poetry is out in 2020.

As I self-fund all my activities from my work as a solicitor – including self-publishing and attending events it is matter of living in alignment and the Universe in its wisdom will provide – and, of course, I have time to balance it all and simply create.

My end goal is to host my own T.V. show on vegan recipes and on veganism.  Please support me in my quest. 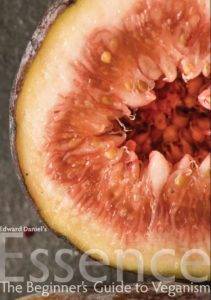