Get something soft and spongy into your pecker… And, bite,

This dish will topple any belief that vegan food isn’t simple to put together in a jiffy.

Buckwheat originates from the Himalyas and China and found its way to Europe where it is cultivated and found a home. It is a staple of a number of East European dishes. The groats are light brown in colour when fresh, and should be kept in sealed containers to assure their freshness.  It’s not a cereal but a gluten-free seed.

The buckwheat groats I get from a non-profit small charitable store in Stoke Newington, London –  I like to support small outlets, where I can.  You can find the shop here https://foodforall.co.uk/pages/our-shop

Buckwheat Pancakes is vegan and gluten-free. 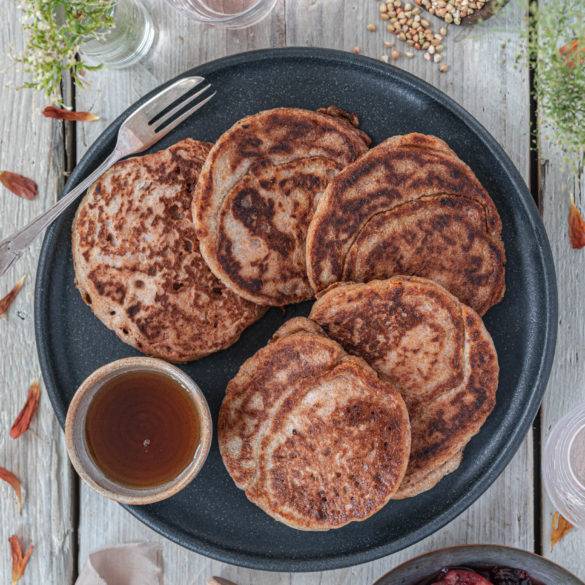