Baked Stuffed Apples is reminiscent of my childhood school lunch days when I was served these little delectable desserts.  Incredibly simple to put together yet lusciously satisfying. Dried fruit and cinnamon evoke the holiday seasons. It is a sure front runner. 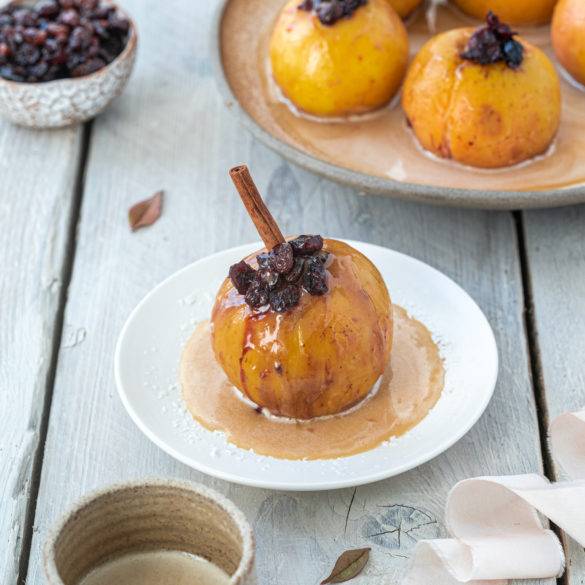