Get your tongue all tangy and wrapped up in something hot.

This dish will topple any belief that vegan food can’t be simple to put together.

Blackberry Ketchup was inspired after a foraging walk laden with a massive bagful of freshly picked ripe blackberries that needed using up.

Ketchup or catsups, as once known are savoury sauces due to their vinegar quotient. They should be consumed within a couple. Of months.  With less sugar than chutneys, they offer a tarter flavour.

Blackberry Ketchup is a vegan condiment. 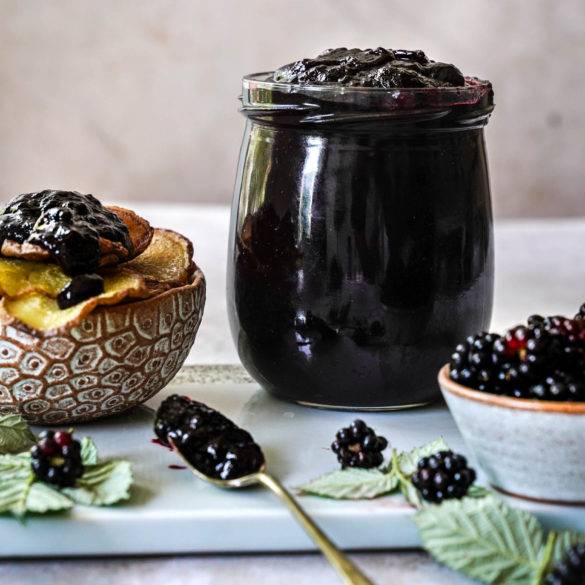