Cheats Sundried Tomato Gravy came about by accident. I had been rehydrating the sundried tomatoes and didn’t want to discard the residual water. Instead, I came upon an idea to add vegan cream and hey presto, I had a very simple tasty vegan gravy which goes well with dry savoury dishes as an accompaniment. 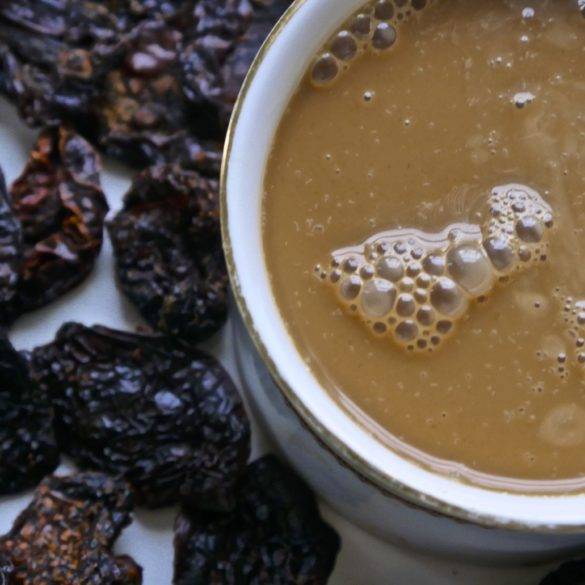