Country Millet is another one my traditional recipes which I have spruced up. I love the combination of textures and flavours to this dish.  The broad beans and tomatoes add pizzazz. Country Millet revitalised. 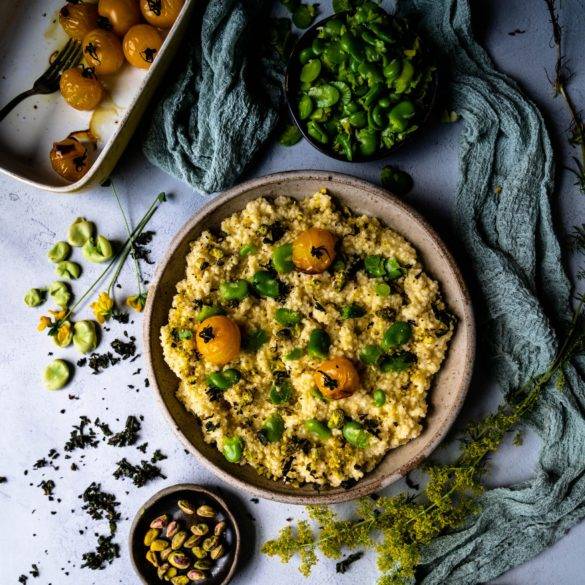 Oh la la! I happened to have dried chanterelle mushrooms when I made this, which made it feel tres Francaise. I also added a very small turnip, diced into little cubes, which made it feel extra country. In any case, it’s good stuff, and perfect for this time of year. Hurray for millet! Thank you.

Brilliant, really pleased with this awesome suggestion. Thanks, Chessie.