I love Crown Prince Squash particularly when it helps draw out flavours of the fragrant cardamoms, cinnamon and oregano. It is a great centre piece to bring out at a meal. Crown Prince Squash stuffed with Fine Beans Walnuts and Quinoa is sure to delight. 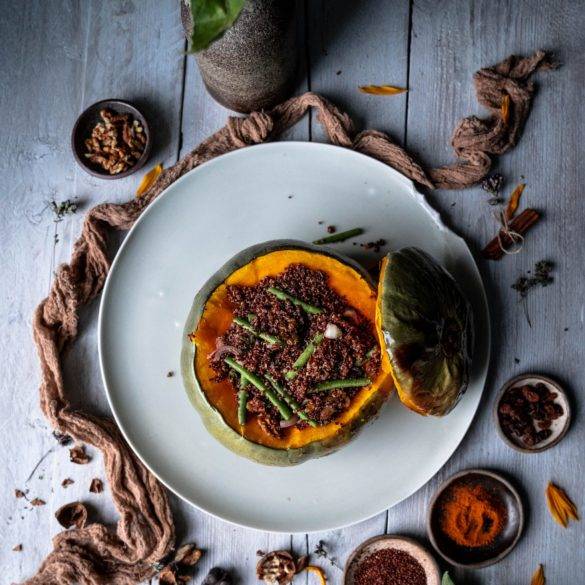 I love this recipe. I made it for our Christmas Dinner and it was both super delicious and festive looking. Served it with red cabbage and Brussel Sprouts. Thank you Edward for this inspiring recipe.