Slather something lush onto your plate and lick it clean… And, pamper.

Chestnut Roast with lashings of peanuts, country of parsley, oregano and marjoram, spiced cumin, a touch of lemon, sweetened with raisins.

This recipe will throw out any beliefs that vegan food can’t be super yummy.

Chestnut Roast was inspired when picking up fresh chestnuts in one of the quaint local fresh vegetable store in Battle and then returning to a 17th Century country cottage to bake a nut roast before the Tarot Cards came out.

Roasted chestnuts are a winter delicacy in the UK. Introduced by Romans, sweet chestnuts are native to Southern Europe, Western Asia and Africa.

Chestnuts have a sweet taste and nutty texture. The raisins bring add a sweet dimension to this recipe, with the lemon and cumin a warming feeling to this dish

Chestnuts are high in dietary fibre, improving our digestive system.

Chestnut Roast is vegan and gluten-free. 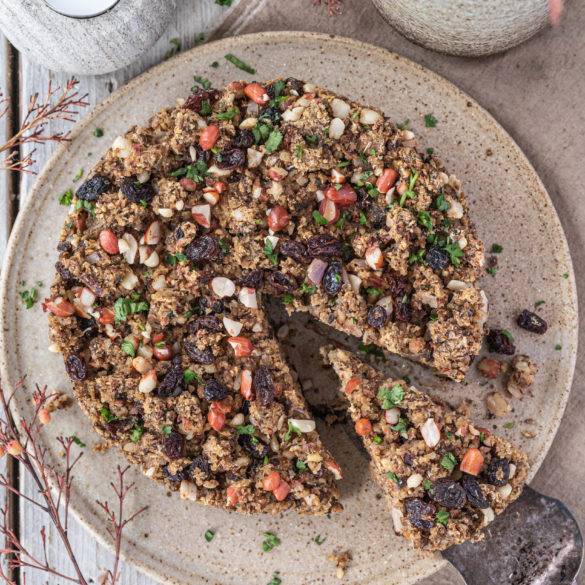