Gluten-free Potato Croquettes came about as another experiment. I wanted to make something that had crunch and yet had an air fried version for my friend Rory, who is into healthy eating these days. These are fairly easy to put together. 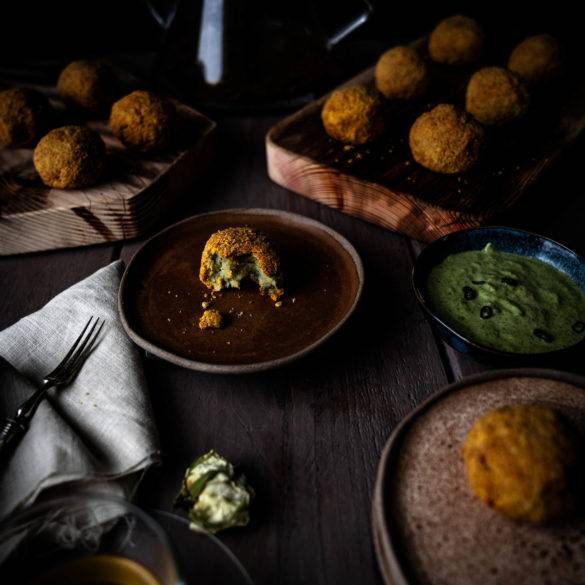