Dribble over some textured plant flesh. And, scoff.

This dish will topple any believe that vegan food can’t be super easy to make.

Kolokasi softens to a consistency much like potato and is similar to yams and sweet potatoes. It has a conical shape and native to Cyprus and Greece. In its raw form, Kolokasi is harmful and so cooking until it softens to reduce levels of calcium oxalate.  It’s also a good source of fibre and good for gut health.

I get my Kolokasi from a charming cosy Greek Cypriot Supermarket, called Michael’s Fruiterers on Seven Sisters Road in Holloway. (Though, note it closes on Wednesdays). 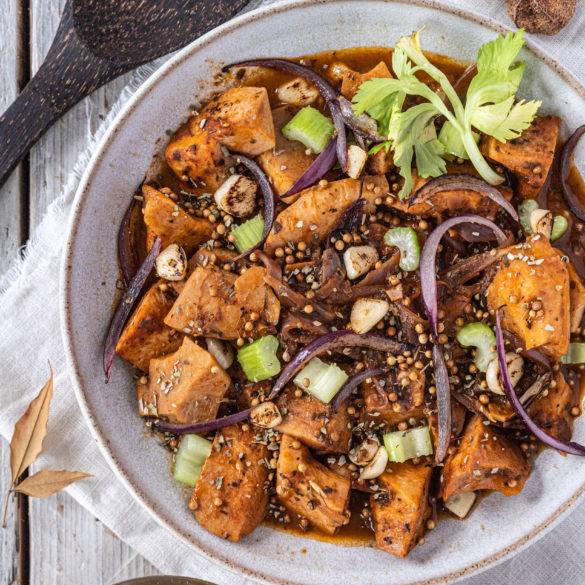