Garnish your decks. And, indulge in savoury somethings.

This dish will obliterate any belief that vegan food can’t be this super yummy.

Onion Bhaji was inspired by father who is an avid cook and makes the best.  These Onion Bhaji’s are reminiscent of my childhood returning from school to plates laden with these little savouries. Raita yoghurt, cucumber and a bit of lettuce just added a touch of finesse.

I had friends over for pre-drinks before we were headed over to the Pride celebrations in Trafalgar Square. One of my close friends was doing a twirl with his Ju Jitsu lot with a flamenco fan in tow. The twirl was really cool and impressive. And, the crowd was lapping up the performance as he passed through the packed streets of central London.

His boyfriend made it to mine for pre-drinks with my bestie before the display.  As we standing out, the boyfriend mentioned that I’d sent him a text beforehand saying I was making “Opinion Bhaji”! Obviously, in my haste I had mis-spelt “Opinion” or “Onion” but still we had a laugh.

This dish will forever be etched in my mind as “Opinion Bhaji”. After all, they do have a taste of their very own. Thanks to dad for creating these in the first place. 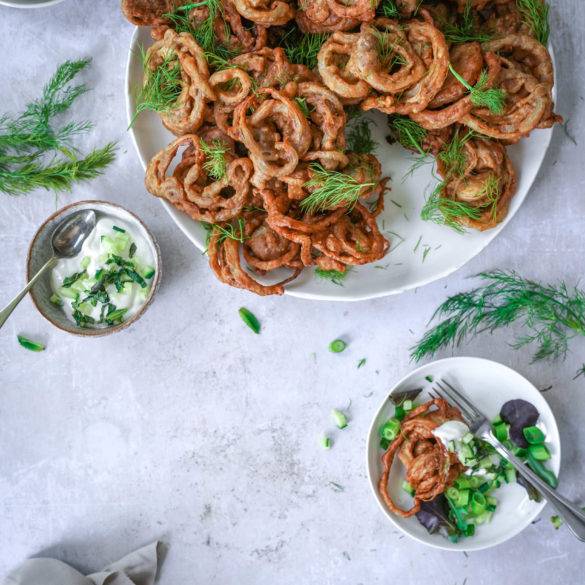