Get hot under the collar. And, strip.

This dish will topple any belief that vegan food can’t be super fulfilling and nourishing.

Pineapple and Sweet Potato Rendang was inspired when meandering through the streets of Malacca City in Malaysia and marvelling at the magnificent Tartarian architecture.

Rendang is a popular curry stewed and slowly simmered in coconut oil and spices allowing the vegetables to soak up the heat and served in South-Eastern Asian countries.

Pineapple and Sweet Potato Rendang is vegan and paleo. 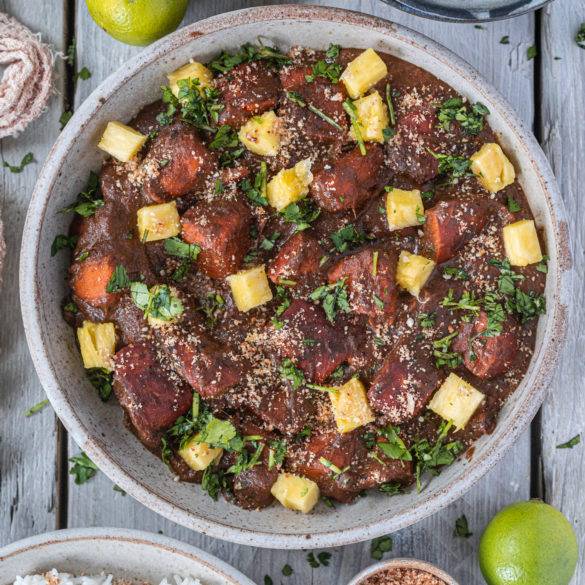