Pomegranate cake came about as a result of inspiration from my friend Jules, who has recently encouraged me. This is a remake of another pomegranate cake here but using gluten-free flours. The pomegranate molasses and orange juice give this dish an added touch. 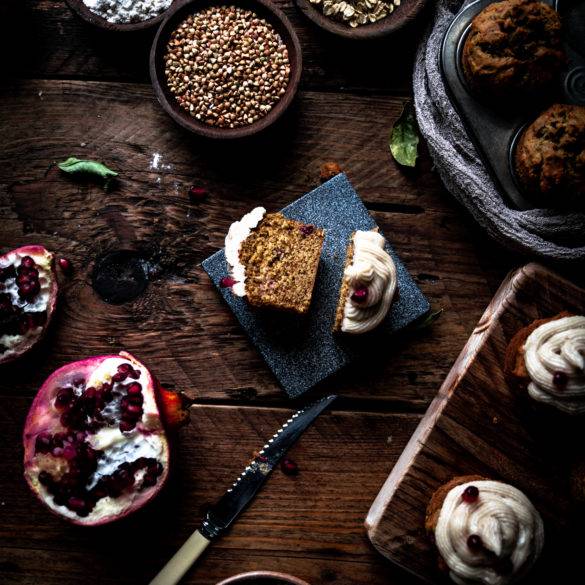