Melt in your mouth. And, indulge in lushness.

Sweet tart tropical Raspberry Popsicle with a dash of lime and a pinch of salt to draw out a fuller intense flavour of the raspberries.

This dish will eliminate any belief that vegan food can’t be made with a few simple home ingredients.

Raspberries have a short season and short shelf life so best to consume fresh. Raspberries are native to Australia and are cultivated in poly tunnels and nurseries in the UK. 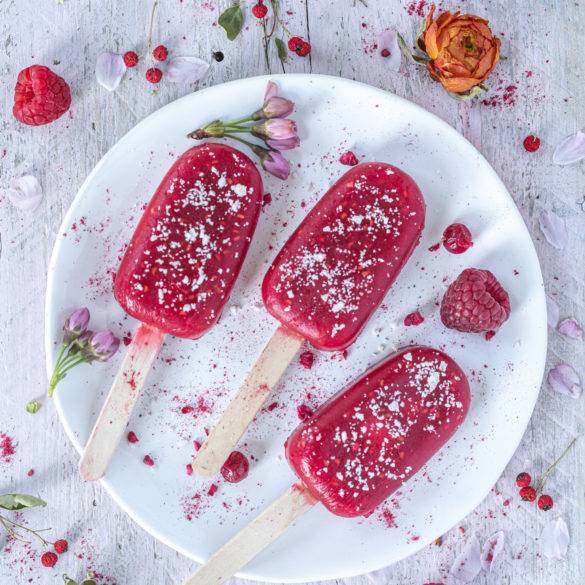