Sprouted Chickpea Tartare is another one of those lush appetisers. What I love is sprouted nature of the chickpeas which add subtlety to the other intense flavours of the pomegranate and the milder sumac. 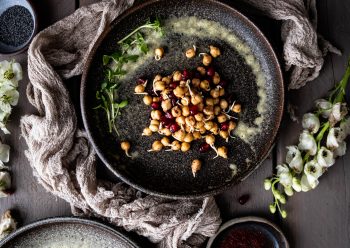 Roasted Radishes in a Pineapple Marinade