Sample a taste of yumminess. And, flutter.

Stuffed Peppers with nutty Camargue Rice and juicy Apricots infused with oregano, lemon juice and a dash of balsamic vinegar.

This dish will burst your belief that vegan food can’t be incredibly simple to put together.

Stuffed Peppers with Camargue Rice and Apricots was inspired when I lived in Nottingham having guests over for dinner and wanting a simple dish easy to rustle up without spending too much time in the kitchen.

Camargue rice is a type of red rice cultivated in the wetlands of Camargue region in the south of France.  It has a nutty flavour to yet, is firm and less stickier than other varieties of rice.

Stuffed Peppers with Camargue Rice and Apricots is vegan. 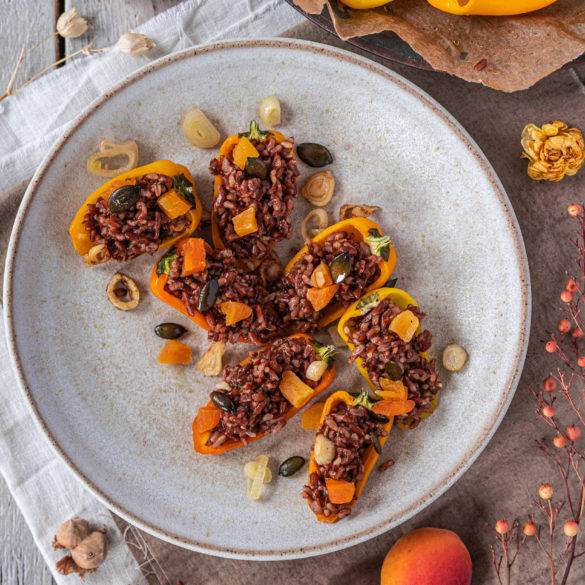