Dive deep into lusciousness. And, swell.

This dish will topple your belief that vegan food can’t be super nourishing and wholesome.

Tandoori Cauliflower was inspired by nostalgic memories of my parent’s cooking and making homemade Tandoori Marsala full of intoxicating flavours and nutritious yumminess.

Ratan jot is Alkanet root and is traditionally used to redden Indian food and is a traditional Kashmiri ingredient.  It’s a mild sweet aromatic spice.  I purchase my ratan jot from ebay. It’s easy enough to get.

Tandoori Cauliflower is vegan and paleo. 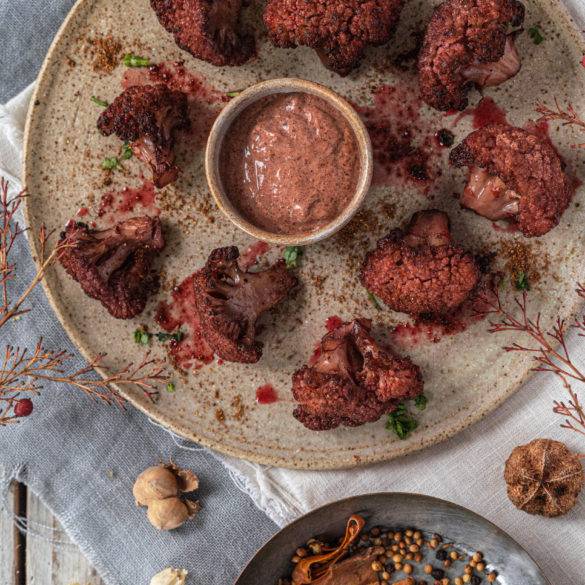