Vegan Banana Bread is one of my more traditional recipes. This is actually a gluten-free version, which I am now happy with. Sometimes, it is a case of letting go and experimenting with food and seeing where it lands. I do not add sugar to this dish and prefer mashing half my bananas and leaving the rest sliced within. To this Vegan Banana Bread I like sprinkling banana chips. 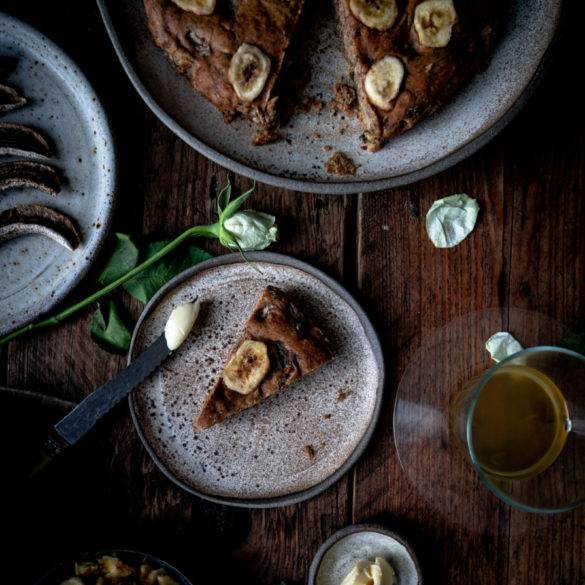