Get you cakehole round something moist and light. And, slaver.

Zucchini Cake with hints of woody mace, sweet cinnamon and floral cardamon and a drizzle of lime juice plumped with sundried raisins and buttery pecans.

This dish with burst your bubble that vegan food can’t be super scrumptious.

Zucchini Cake was inspired by visiting stately homes owned by the National Trust and enjoying a nice cuppa with a cake in tow afterwards in their cafes.

Zucchini has a sweet delicate flavour. The seeds within are immature and edible. The whole of the Zucchini can be eaten including the skin. They season between June to September. They’re abundant in local stores, though I prefer the local farmer’s market.

Zucchini Cake is vegan and gluten-free. 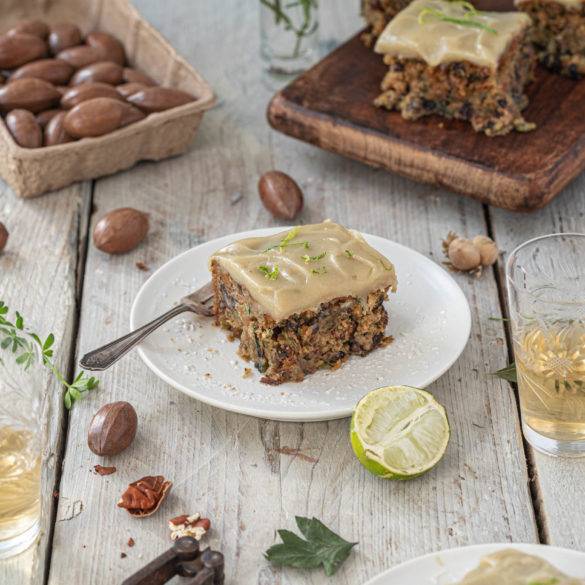 Roasted Fennel with Dill and Ginger