Roasted Potatoes with Peas is another of my simple dishes. I cook the potatoes in a rosemary sauce before garnishing with fresh peas and dill. It is a humble appetising side dish that stands out. 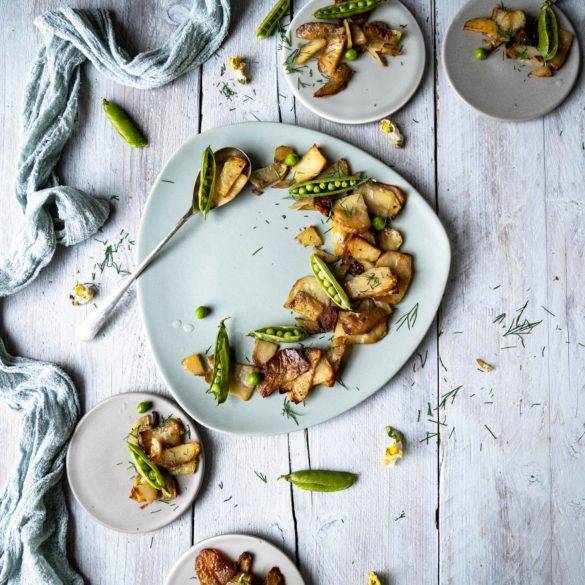