Indulge in something creamy and funky that’ll get your tastebuds salivating.

This dish will overturn any beliefs that vegan food can’t be super scrummy.

Vegan Carbonara was inspired when dining with a beau at a restaurant in Ravello on the Amalfi Coast and enjoying a bottle of prosecco as we gazed into each other eyes.

Carbonara has Neapolitan origins and while the original is made with lard, raw eggs and cheese, this vegan version uses shitake mushroom and coconut flakes dehydrated in a paprika, tamari and olive oil marinade. 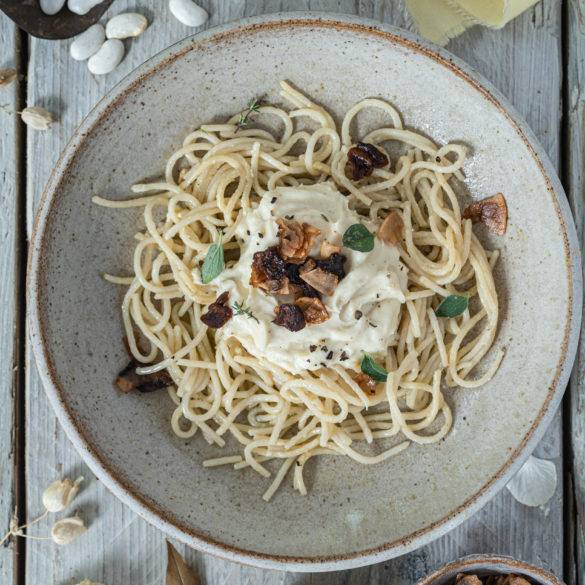 Hi there. I'm Edward, vegan chef, photographer and food stylist. Available for private lessons and private hire for dinner parties and retreats; just use the contact form. Please sign up to my newsletter to keep in touch.